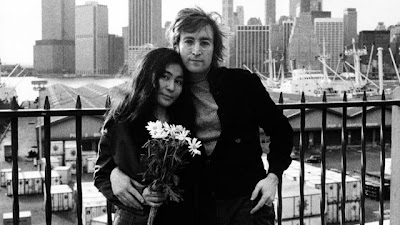 For UK readers, Michael Epstein's 2010 documentary LENNONYC, known over here as Lennon: The New York Years, has just been repeated on BBC 4 and will be available to watch on BBC iplayer until November 8th. It's well worth watching if you didn't happen to catch it last night.

Even if you did see it you may not be aware of the documentary equivalent of bonus tracks available on the PBS website: the raw audio for ten interviews in which director Michael Epstein can be heard gently prompting - and occasionally prodding - interviewees to talk about matters which, in some cases, they haven't discussed publicly before.

These were originally available as downloadable podcasts, which no longer seems to be the case, but you can still listen to them on the PBS website here and they can be recommended very highly indeed. They were posted one at a time and it's only a pity that the promised Yoko Ono raw interview material was never added - wonder why?

It certainly seems like everyone else of relevance to his New York years makes an appearance, and there is even an interview with Colin Hall, curator of Lennon's boyhood home Mendips. That un-American aspect of Lennon's life could not, in the end, be made to fit into the documentary but the audio provides fascinating background anyway, helping to explain the precise reasons for that gulf between Mimi's generation and John's evident in the early years biopic Nowhere Boy - a film praised by the critic Philip French more for its evocation of the drabness of fifties Britain than any Beatle associations.

The Colin Hall interview is paired with a conversation with Colin Hanton of the Quarrymen. Below is the comment I posted to the PBS page when the recordings were first made public:


So glad they’ve been made available even if they are beyond the scope of the documentary. I found the Colin Hall one particularly illuminating for its explanation of the appeal of rock’n'roll to youngsters like Lennon and the way it would have seemed purely “frivolous” to many of Mimi’s generation who had experienced the wartime bombing of Liverpool, not to mention “subversive” in a Britain which was still class-ridden, “challenging the established order of life in the United Kingdom.” And good to see he correctly links rock’n'roll to John’s earlier love of BBC radio programme The Goon Show, with its mockery of authority figures. Like many of the probable audience for this podcast, I already know much of this story well, but it’s told here with particular clarity and vividness.

You can find a transcription of  part of the Colin Hall interview here and my review of Nowhere Boy here.

When there seemed no prospect of the documentary being screened in the UK I bought the US-only DVD release because I was so excited by the podcasts and didn't want to gamble on the BBC screening it within my lifetime.

In the event I was slightly disappointed, even though the assembly of information is undoubtedly done pretty well. Why? The answer is simple, and no reflection on Mr Epstein's filmmaking abilities. Beguiled by the intimacy of those raw interviews and their wealth of detail I had been expecting more, failing to appreciate that the material had to compressed, and editorial decisions made, in order to tell a coherent story in the running time of the documentary. Nor was I in the best frame of mind to extend indulgence, having paid the full whack, wack, for the DVD - sans extras, I may add, including the podcast audio. That said, it's fun to see such devices as the graphics used to accompany the Rock'n'Roll recording sessions, including what appears to be Phil Spector's head exploding.

To conclude, here's a review I wrote of the documentary at the time: 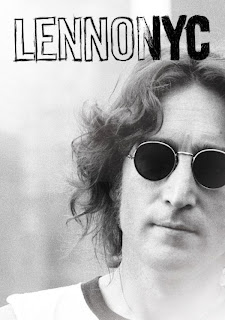 I have just obtained the DVD of LENNONYC, the PBS documentary whose podcasts can be downloaded from the PBS American Masters site. If you are in America, you can watch it online for free, but not so in the UK, so the big question for UK readers is: is it worth splashing out for a copy of the Region 1 DVD?

I think it is, although I want to qualify that a little.

If, like me, you have downloaded and enjoyed the podcasts of raw interview audio, you will be aware, watching the documentary, that the ten-odd hours' worth of podcast material gave you a richness of experience which, inevitably, cannot be duplicated in the film.

If all the interviews were on camera, it's a pity that further highlights, at the very least, weren't included as extras on the DVD, although perhaps a podcast is the better medium, listening to these conversations via earphones, experiencing a real sense of intimacy without the distraction of visuals to remind you that you are not, after all, in the same room as those two people.

So you lose a lot of the details. But the story of Lennon's time in America is told cogently - and for the first time I really understood why he was perceived as a threat by the authorities. The quality of live footage is excellent, and I've read that the sound is top notch, although I was listening on equipment which isn't exactly state of the art so can't judge for myself.

I suppose the problem is that, especially if you have already listened to the podcasts, there isn't much in the way of further revelation, and what you have is a story already well known to people like me. But it's an excellent telling of that story and I must say that the death is handled very movingly. I know from an interview with the director that there was a conscious decision not to allow Lennon's killer any further oxygen, so we cut from Lennon's last hours to the aftermath of the murder in a very effective manner which I won't spoil.

As the podcasts came out in the weeks leading up to the film's first broadcast on American television, the makers promised, or at least seemed to imply, that one of the podcasts would be of an interview with Yoko Ono, but that hasn't been made available. The suggestion was that her contributions would be a revelation, but I can't say that this was really the case from what was used in the film - there was perhaps the odd suggestion of a harsher attitude towards her husband, but nothing which hadn't already been signalled by some of the interviewees in the podcasts, most notably when those who were trying to control his drinking were told "He's your problem now."

Reviews I've read suggest that May Pang is given short shrift  (she features, but only briefly, and the sexual part of her relationship with Lennon, and Yoko's role in it goes unexamined) and that the film may be compromised by Yoko's involvement.

I suppose the answer to that is that you would be unlikely to get any kind of a film without that cooperation. Accepting that, then it is certainly possible to say that the decision to focus on a specific period of Lennon's life allows for a degree of detail not possible in the John Lennon: Imagine film. But I would like to hear the raw audio of Yoko's interviews. Did she withhold permission for them to be used? It also sounds like there may have been on camera interviews and audio-only interviews: some snippets accompanied by images onscreen have a different acoustic.

Maybe there are extra revelations, or less guarded comments, from Yoko which the film makers are privy to, or maybe there aren't. But one example of the difference between the podcasts and the finished product is when one musician is talking of when Lennon was wildly drunk and had to be held down in a car, during the Lost Weekend. In the documentary, we're told he would scream out Yoko's name; in the podcast, the interviewee adds he would also scream out the name of his other "mother": Mimi.

This has been a revised version of an earlier post.

Audio for ten raw interviews on the PBS website here 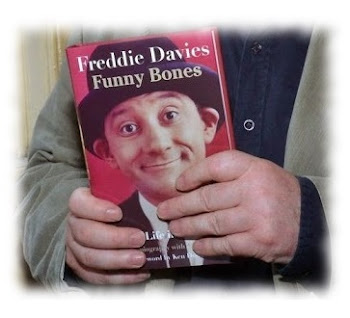